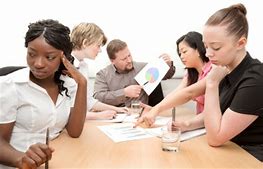 League members are urged to come to one of the upcoming Member Discussion Meetings about the Community Planning Position Update:

League cannot support or oppose legislation or executive action unless it has a position which has been agreed to by League members.

At the League’s Annual Meeting last May, members adopted a Restudy* of the League’s Community Planning position. This position was originally adopted in 1970 around the time that the State of Oregon passed its landmark land use planning bill.

The League’s Community Planning position has been added to in 1974, 1991, and 1997 with the new positions just tacked on to the old language. The main goal of the restudy was to make sure all parts are still valid and to make the language more consistent. The Community Planning Committee worked during the summer and proposed updates to the position. There are very few deletions, numerous wording changes, and some additions especially to the transportation section in order to emphasize modes other than the automobile to align it with the LWV position on climate change.

According to a LWVUS Handbook, it is important that positions be worded in terms broad enough to enable the League to support or oppose a variety of legislative and executive proposals over a period of time.

Click here and  read over the position and come to provide your thoughts regarding whether the updated version should be adopted as proposed or, if you wish, suggest changes.

* League definition of  “Restudy”: Undertake a review of the position in order to potentially change it.