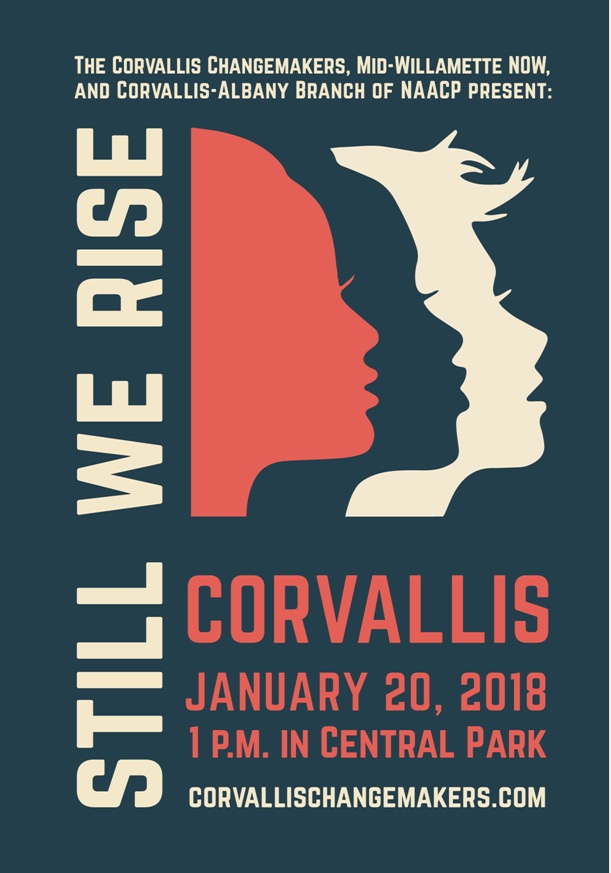 A women’s rally and march titled “Still We Rise” are scheduled for Saturday in downtown Corvallis to commemorate the one-year anniversary of the national march and rally that brought millions of women and allies to the streets of the United States.

The rally, which will be held at 1 p.m. in Central Park, will include poet and activist Nasim Basiri, writer and professor Melissa Bird, indigenous poet and activist Luhui Whitebear, NAACP Corvallis-Albany branch’s senior vice president Shelley Moon, and local band The Familiars. Other participants include Ada-Rhodes Short, Court Nicholas and the Rev. Jill McAllister. The march is scheduled to begin at 2 p.m.